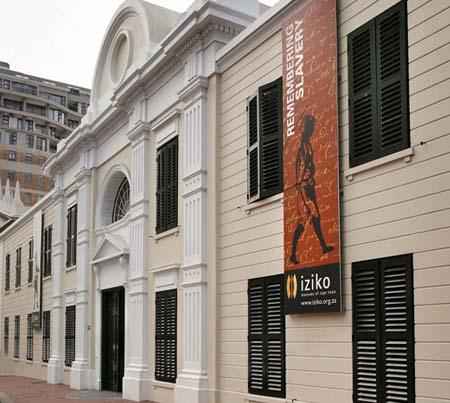 In September 2010 I had the wonderful opportunity to visit Iziko, a network of national museums located in Cape Town, South Africa. I was there to participate in a symposium, Social History Collections: Registering Change in Iziko after Apartheid. This event was held to celebrate the launch of Iziko's new Social History Centre, which provides storage for 200,000 objects from the museums' collections.

During my short visit to Cape Town the question that repeatedly crossed my mind was: What is the social purpose of museums? While this is often asked in Australian museums, in South Africa the pressure to justify the social function of museums is far more intense. In a society struggling to entrench the democratic reforms of the early 1990s, and confronted by serious economic and social inequality, it becomes much more pressing to explain how museums contribute to society. At Iziko professionals and academics have been exploring these issues and re-examining the relevance and meaning of collections created during the apartheid era.

'Iziko' is an isiXhosa word, meaning 'hearth', symbolising a hub of cultural activity. It provides the ideal metaphor for a place designed to explore South Africa's diverse heritage. Created in 1999, Iziko is an umbrella organisation bringing together 15 museum sites in and around Cape Town. These include the VOC (Vereenigde Oost-Indische Compagnie, or Dutch East India Company) Slave Lodge, the Castle of Good Hope and the South African Museum. There are extensive archaeology collections, including pre-colonial, maritime and colonial material. Southern African material culture, colonial history, international and contemporary collections are also featured. Collections held by Iziko cover a wide gamut including decorative arts, numismatics and Egyptology.

Embedded within the various collection registers of each museum are assumptions and beliefs of earlier times. The ideological trace of old regimes can readily be found in the way collections were organised and displayed. At Iziko's new Social History Centre many of these collections have now been brought together under a single roof, allowing curators to re-examine their significance.

The multiple layers of South Africa's past are reflected in one of Iziko's most important sites, the VOC Slave Lodge. As a site of history the building encapsulates many significant moments in the history of South Africa from the colonial era to the present. The Slave Lodge was built in 1679 by the Dutch East India Company and used for housing the company's slaves until the early nineteenth century. Cape Town was a centre for the Indian Ocean slave trade, with slaves brought from Madagascar, Mozambique, southern India and Indonesia. Early in the nineteenth century the Slave Lodge was modified and extended for use by various English colonial government bodies, including the Supreme Court and later the Legislative Council.

In the early 1960s the Slave Lodge underwent extensive refurbishment and was reopened as the South African Cultural History Museum. Much of the building's early history had been erased by later uses and its original role as a slave lodge was not acknowledged in the new museum. The exhibits in the Cultural History Museum dealt almost exclusively with European culture. This reflected the view of culture implicit within the ideological framework of the apartheid system in which 'white' collections were classified as 'cultural', while indigenous African material was classified as 'ethnographic'. Under this segregation of material, collections relating to South Africa's Indigenous peoples were displayed separately at the South African Museum, a predominantly natural history museum.

In 1998 the Cultural History Museum was renamed the Slave Lodge and in 2006 new exhibits exploring the early slave history of the building were opened on the ground floor. These displays provide visitors with the opportunity to acquaint themselves with Cape Town's early colonial history. In the upper levels some of the original displays remain on show. After viewing the newer displays on the ground floor, the older displays of ceramics, silver and toys are a reminder of the segregation of cultural material that was in place during the apartheid era. These older exhibits are excellent examples of 1970s display techniques and collecting paradigms, but sit awkwardly with the interpretation of the building as a historic site.

The interpretative tensions apparent at the Slave Lodge can also be seen at the South African Museum. Again the museum presents a mixture of old and new exhibits. One of the most striking displays is Qe! The Power of Rock Art, an exhibition that features examples of rock paintings and engravings drawn from Iziko's collection. The objects are interpreted from the perspective of the San people, descendants of the original creators of the paintings. Following on from this exhibition is the African Cultures Gallery, which dates from the early 1970s. In this exhibition a series of life-size casts and models of people surrounded by artefacts are used to represent major groupings of Indigenous people in southern Africa. The figures appear frozen in time, surrounded by examples of their material culture. These tableaux appear like snapshots of a distant idealised past. Additions have been made to some of the displays to provide a sense of how Indigenous communities have changed over time, but the original dioramas carry a significant aesthetic appeal that overwhelms the more recent interpretation. 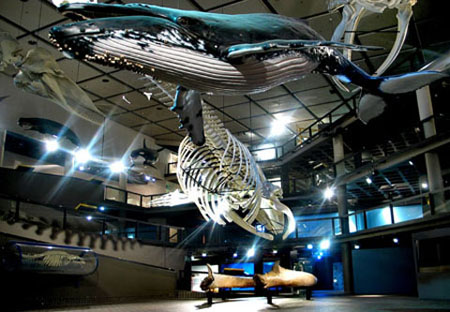 The display techniques used in the African Cultures Gallery are echoed elsewhere in the South African Museum. In the natural history galleries animals can be found frozen in recreations of their natural environment. While clearly not intended by the museum, the use of the dioramas for both Indigenous peoples and flora and fauna can have the effect of conferring an equivalent status on the subjects being displayed. Again there is a strong sense that the older racialist approach to culture and history remains embedded in the displays.

Within the South African museum community the dioramas are a controversial issue. Criticism of one of the most famous dioramas, a depiction of nineteenth-century /Xam hunter-gatherers from the Karoo region of the Western Cape, resulted in its closure in 2001. 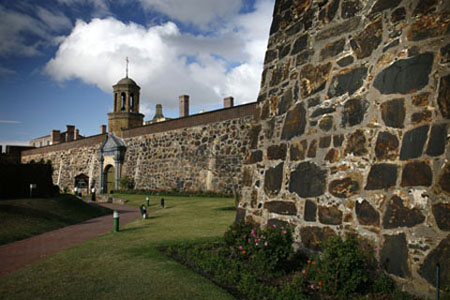 Another site that Iziko partly manages is the Castle of Good Hope. As with the Slave Lodge, the site has a rich history that spans Cape Town's early colonial era through to the present. The Castle, which is South Africa's oldest extant European fort, was built by the Dutch in the late eighteenth century to defend the colony. For many years it served as the Governor's residence, the seat of colonial administration, military headquarters and soldiers' barracks. In the twentieth century it continued to be used as a military base. In 1952 part of the castle was opened to the public for the display of the William Fehr collection of decorative arts and paintings. This collection can still be seen at the castle today, displayed in rooms that were originally used during the seventeenth and eighteenth centuries by the colony's governor and the Dutch East India Company's Council of Policy and Council of Justice. 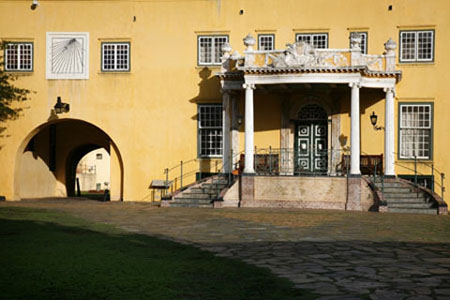 As you approach the castle's imposing walls, one of the first things you see is a series of flagpoles flying the British, French, Dutch and South African flags. Also on display is South Africa's apartheid era flag, one of the only places in the country where this flag is allowed to be flown. The European flags provide an emblematic illustration of the castle's colonial history and a reminder of the European powers who sought to control the Western Cape. The two South African flags are a reminder of the dramatic shift that occurred in the early 1990s when apartheid was dismantled.

While the Castle of Good Hope presents an imposing colonial edifice from the outside, some of the internal exhibition spaces used by Iziko provide a view into Cape Town's social history. In the Good Hope Gallery the temporary exhibition Ghoema and Glitter, on display until late January 2011, explores the history of Cape Town's New Year Carnival. Using oral history, photographs, costumes and instruments, the exhibition investigates the century-old tradition of New Year's Day celebrations by inner-city residents. The picture that emerges is a much more complex view of race and politics than is usually presented in relation to South Africa.

Visiting the museums of Cape Town was both rewarding and stimulating. In my short time there I encountered a vibrant museum community passionately committed to ensuring that museums play a significant role in the success of the new South Africa. The museums I visited reflected the seismic shifts that have occurred in South Africa's political and social landscape. The opening of new Social History Centre marks an important milestone for Iziko as it continues to define a new role for museums in post-apartheid South Africa. It is an exciting time, with opportunities to reassess how collections are used and displayed. While at first glance South Africa appears very different from Australia, both countries share a colonial history in which ideas of race have been pivotal to the development of the nation. Australian museum professionals would gain much from an increased exchange of ideas with our colleagues across the Indian Ocean.

Guy Hansen is a senior research fellow in the Centre for Historical Research at the National Museum of Australia.
Related links
> League of Legends
« back :: next »