Exploration & Endeavour: The Royal Society of London and the South Seas celebrates the society's 350th anniversary by bringing together a selection of iconic objects and original documents that highlight the society's key role in European maritime exploration and discovery in the Pacific. The Royal Society, the world's oldest scientific academy in continuous existence, was founded on the premise that knowledge should be subject to independent verification — 'freeing oneself from unexamined opinion, particularly through the study of empirical data', as Andrew Sayers puts it in his introduction to the beautifully produced accompanying book publication. The society's motto, Nullius in verba ('Take no-one's word for it'), attests to this commitment to independence of thought, underpinned by methodologically rigorous inquiry. Fellows of the society include larger-than-life figures who in many cases have revolutionised their field: Isaac Newton, Michael Faraday, Christopher Wren, Charles Darwin, Ernest Rutherford, Albert Einstein, Dorothy Hodgkin, Francis Crick, James Watson, Stephen Hawking and, with particular relevance in the Pacific context, James Cook and Joseph Banks. 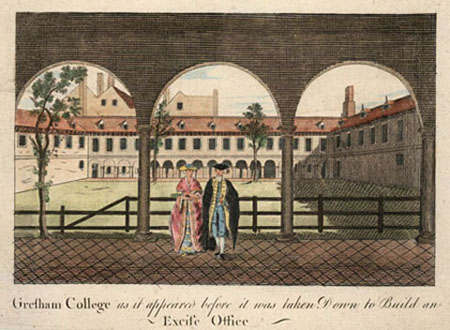 Although this is an anniversary exhibition it does not attempt to document the history of the Royal Society, whose great achievers have been responsible for discoveries and inventions as diverse as 'champagne and gravity, evolution and the electron, the double helix and the internet'. Instead it uses the South Seas theme to illuminate a fascinating strand of that history by focusing on an assortment of artefacts that characterise the era of antipodean exploration. Many of the items on display are remarkable in that they represent truly transformational technologies that changed the way humans could navigate, view, measure and comprehend the world.

At the heart of the exhibition are 21 objects from the Royal Society: 14 documents of various kinds including lists, letters, certificates and other papers; five instruments: an astronomical quadrant, an orrery modelling the Transit of Venus, a regulator and two chronometers; a miniature portrait of Cook; and a bronze version of the Royal Society Cook medal. This array is complemented by five items from the National Museum of Australia: three reproduced colour plates from Banks' Florilegium; a cannon from HMB Endeavour; and a magnifying glass once owned by astronomer William Bayly. The Australian Institute of Marine Science (a supporter of the exhibition) has provided a coral core sample showing coral growth from 1708 to 1992, taken from Flinders Reef in the Coral Sea. Assembled together in one space, these disparate items are powerfully evocative of an alluring history of voyaging into the unknown in search of the elusive 'Great South Land' at the height of Europe's age of exploration.

Among the many gems in this exhibition are written pieces: Lawrence Rooke's 'Directions for sea-men bound for far voyages' (1661), Cook's letter to Sir John Pringle (5 March 1776) describing how he ensured the health of his crew, Sir Everard Home's 'Description of the anatomy of the platypus' (1801), Matthew Flinders' letter to Joseph Banks (30 June 1805) outlining the impact of compass variation caused by magnetic interference (a theory he was the first to formulate during his survey of the coast of Australia), and the first meteorological records for New South Wales, which were only discovered in the Royal Society's collections in 1977. 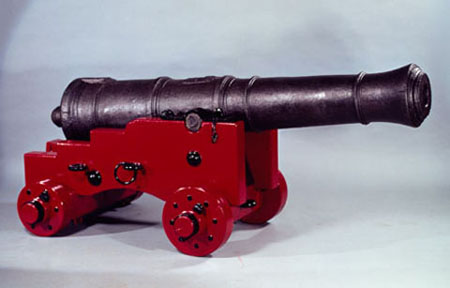 The Endeavour's cannon was left behind by Cook when he ran aground on the Great Barrier Reef in 1770, abandoned by necessity to lighten the load (this is one of six cannon that were recovered nearly two centuries later in 1969). It is now one of the treasures of the National Museum of Australia's collection. Some instruments were so important for scientific observation that they needed guarding at all times. One such item in this exhibition is a 12-inch astronomical quadrant, made by John Bird in 1760, which Cook had with him on his first voyage. It was stolen at Tahiti despite a regime of constant surveillance, and was ultimately returned in a damaged state. Crewmember Herman Spöring, a watchmaker by training, managed to repair the quadrant in time for the Transit of Venus observations. This innovative technology was used to establish the latitude of Point Venus, Tahiti, by measuring the zenith angles of 15 bright stars and the sun and then averaging the result. Today we know these measurements to have been correct to within 100 metres. 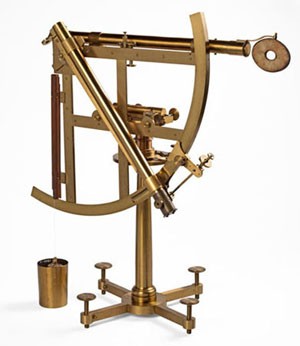 Put together in the one relatively small space, Exploration & Endeavour is compact but impressive. The companion book explains that the exhibition is divided into three sections, with the first introducing the Royal Society, the second examining the society's role in Pacific discoveries, and the last bringing the visitor up to date and referring to the founding in 1954 of the Australian Academy of Science (another supporter of the exhibition) by fellows of the Royal Society, led by physicist Mark Oliphant.

The visitor is led through many sections and episodes clearly marked out by tall vertical banners that act as guideposts. By loosely dividing the exhibition this way, the curators have given just enough order to what is effectively a miscellany of objects without trying to force too many connections. The physical layout — a U-shape that visitors move around — is a logical use of the space. Except for a large projection screen at the front showing a revolving selection of images, the room's walls are neither utilised nor illuminated — giving the sense of there being no perimeter constraints. On both my visits the atmosphere was subdued, reinforced by sombre but beautiful baroque music. Dimly lit cabinets containing the fragile documents of the exhibition are interspersed with similar-sized interpretative/contextual panels. Some are backlit panels, which contrast with the dull lighting of the objects, but never to such an extent that there is difficulty in viewing the objects or reading the text. The commentary, while succinct, is well written and articulates the various episodes with clarity and colour.

In a larger exhibition the late eighteenth-century struggle for supremacy between Britain and France could be explored in more detail and Indigenous perspectives could be presented in parallel or woven through (they are covered here only with reference to the well-known figures of Tupia and Omai, the latter being the first Pacific islander to visit Europe). The last section of the exhibition, with its focus on the establishment of the Academy of Science in Australia, honours the ample achievements of our own academy, a topic that deserves an exhibition in its own right.

The companion book publication contains a wealth of information. The digital dimension of the exhibition offers even more for the visitor and will be a lasting record and research resource (www.nma.gov.au/exhibitions/exploration_and_endeavour). Links to a selection of digitised plates from Banks' Florilegium are a highlight. Banks and his party collected 30,300 specimens on Cook's first voyage. Although Banks planned to publish the results in a 14-volume folio work, he was not able to achieve this (even after 13 years and with 743 copperplates produced by 18 master engravers). The work was finally printed more than 200 years later. We can appreciate the rich beauty and detail of this incredible undertaking in the selection of plates online. In fact, the exhibition's website provides a clear demonstration of the value that well-designed digital presentation can add.

There is no substitute, however, for being up close to rare and remarkable artefacts such as those displayed in this exhibition. In Exploration & Endeavour the sense of proximity with the past is overwhelming. There is a simplicity and modesty guiding the presentation, and this enables the objects and documents to claim centrestage as they deserve.

Paul Arthur is deputy director of the National Centre of Biography at the Australian National University, deputy general editor of the Australian Dictionary of Biography, and his most recent book is Virtual Voyages: Travel Writing and the Antipodes 1605–1837 (2010).
Related links
> Exhibiting history
« back :: next »