Facts do not cease to exist because they are ignored.

I was honoured to be a part of the opening of this exhibition at the National Museum of Australia on 10 September 2009. On that occasion both Rachel Perkins and myself spoke passionately of our family connection to the Aboriginal political movement.

I was moved when I had the opportunity to view the exhibition. One fully comprehends the longevity of organised Aboriginal political protest and of the courage of many individuals, families and communities over many decades of struggle. This is also a story that involves both black and white campaigners and perspectives. Aboriginal political history and Aboriginal history in general were for the greater part of the twentieth century forgotten, erased and simply ignored. This exhibition puts some of the missing pieces of the historical jigsaw back on the table. 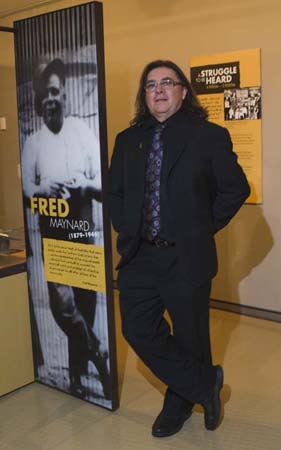 Historically Aboriginal Australia has made its strongest impact when we have managed to encourage and mobilise non-Indigenous support. Today we remain a highly marginalised minority, and it has been those key instances where we gained outside mainstream support that change has been visible. This exhibition delivers a sense of such momentous occasions as the 1965 'Freedom Ride' when a young Charles Perkins, emulating the Civil Rights movement of the United States, encouraged a group of non-Indigenous university students to jump on a bus and travel across New South Wales, exposing the high levels of racist segregation that Aboriginal people were subjected to at that time. Similarly the Gurindji walk-off from Wave Hill in 1966 revealed the Gurindji to be masters of gaining support from both the media and trade union movement to deliver their story of oppression to the wider Australian audience. The 1967 referendum reveals that over 92 per cent of the Australian population supported the move to recognise Aboriginal people as citizens of their own country. 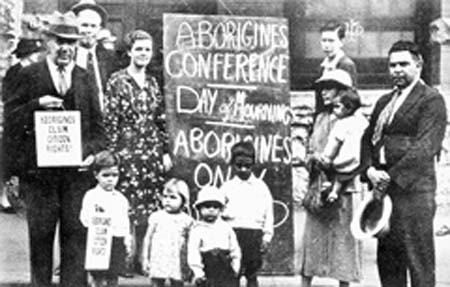 The establishment of the Aboriginal Tent Embassy on the lawns of Canberra's Parliament House in 1972 also generated wide support from non-Indigenous university students of the cause. There are many stories of Aboriginal political protest not so widely known, which this exhibition reveals. From Little Things Big Things Grow highlights people, places and moments in time when people were prepared, with courage and resilience, to rise up, speak out, and oppose deeply ingrained attitudes based on racism and prejudice.

One is struck by the commitment of these campaigners to bring about change in a climate that was not supportive of such action. My own grandfather and his compatriots of the 1920s Aboriginal movement based their political manifesto on a demand for Aboriginal access to land, stopping the practice of Aboriginal child removal, defending a distinct Aboriginal cultural identity and asserting that Aboriginal people be placed in charge of Aboriginal affairs. When we contemplate where we are today in the twenty-first century, it is a striking fact that many of the issues of Aboriginal disadvantage — housing, health, education, land, children, culture and self-determination — that people were speaking out about during the 1920s remain highly contested arenas in the pursuit for justice and equality. 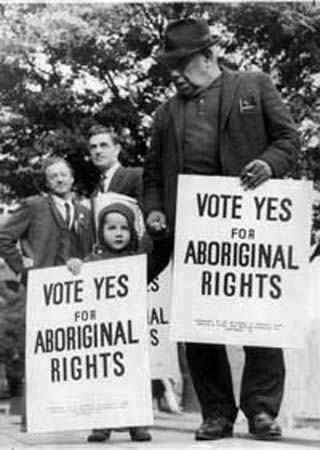 One of the true highlights of the exhibition was the inclusion of seats from the Bowraville Theatre. These old seats were found under the theatre and restored and placed on display. In this town on the mid-north coast of New South Wales, as in many others across the state in the 1960s, Aboriginal people were roped off and segregated from the wider white audience during films. The seats symbolise segregation at its worst — one did not have to be in Mississippi during the 1960s to feel its wrath.

I encourage all to visit this exhibition and witness the courage of many people over many decades in their fight for justice.

John Maynard, a Worimi man from the Port Stephens region of New South Wales, is an Australian Research Fellow (Indigenous) and deputy chairperson of the Australian Institute of Aboriginal and Torres Strait Islander Studies.
« back :: next »