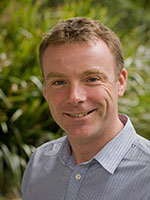 Steven Cooke is a cultural and historical geographer who has published widely on issues relating to the memorial landscapes of war and genocide, museums and national identity and maritime heritage and urban redevelopment.  He is course director for the Cultural Heritage and Museum Studies programs at Deakin University, Australia, where he is a lecturer in cultural heritage, and an honorary research fellow in the Faculty of Humanities and Social Sciences, University of Winchester, United Kingdom. He is currently writing a history of the Jewish Holocaust Centre in Melbourne with Donna-Lee Frieze. 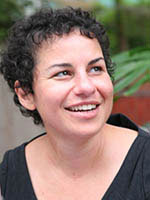 Avril Alba is the Roth Lecturer in Holocaust Studies and Jewish Civilisation at the University of Sydney. From 2002 to 2011 she was the education director at the Sydney Jewish Museum where she also served as the project director/curator for the refurbishment of the Sydney Jewish Museumâs permanent exhibition, Culture and Continuity, in 2008â09. She holds a BA (Hons)/BMus from the University of Adelaide and a Master of Theological Studies from Harvard University. She received her doctorate in history from the University of Sydney in 2011. Her doctoral thesis, âRedeeming the Holocaust: Uncovering the sacred narratives of the secular museumâ, explores the largely unexamined topic of museums as sacred spaces. At present, Avril is undertaking research into Holocaust memory in its broader context and in particular the efficacy of this memory in the Australian public sphere. 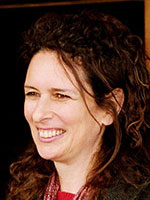 Donna-Lee Frieze is a Prins senior fellow at the Center for Jewish History in New York City and a visiting fellow at the Alfred Deakin Research Institute in Melbourne. She taught a graduate unit, âGenocideâ, for over 10 years at Deakin University, Melbourne and has published widely on the Armenian genocide, the Holocaust and the Bosnian genocides in relation to testimony, film and philosophy. She is currently writing a history of the Jewish Holocaust Centre in Melbourne with Steven Cooke and is the editor and transcriber of Raphael Lemkinâs autobiography, Totally Unofficial (Yale University Press, 2013).

Community museums and the creation of a âsense of placeâ