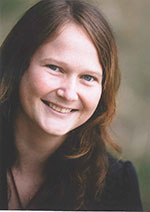 Rowan Henderson is Curator of Social History at the Canberra Museum and Gallery (CMAG) and curator of the 2015 exhibition X-Rated: The Sex Industry in the ACT. She graduated from the University of Queensland with a Bachelor of Arts (Honours)/Laws (Honours) in 2003 and with a Master of Liberal Arts (Museums and Collections) from The Australian National University in 2011. She worked at the National Library of Australia and the National Museum of Australia before starting at CMAG in 2008.