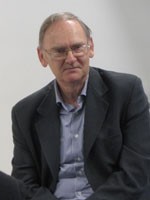 Previously he served as a librarian and archivist with three Canberra-based national heritage organisations (1972â98) and the University of Melbourne (1998â2008). He has been active in the Australian Society of Archivists (ASA) since the 1970s, working on national conferences, training programs, branch and national activities, and its journal Archives and Manuscripts. In the past two years he has received an ASA Presidentâs Award, published among other titles a commissioned guide for the National Archives of Australia, and delivered a paper on the Sir John Ferguson collection to the 2014 annual conference of the Bibliographical Society of Australia and New Zealand.