Captivating and curious Let our histories be visible 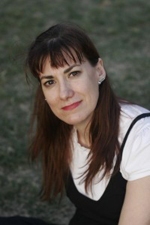 Prior to her work as a curator at the National Museum of Australia for the exhibition Inside: Life in Childrenâs Homes and Institutions, Adele studied theatre direction at the Flinders University Drama Centre. Her professional theatre direction credits include work for State Theatre SA, Vitalstatistix â National Womenâs Theatre and the Centre for Performing Arts. In 2002 she was awarded a PhD for her research in contemporary Australian drama. In 2001, she was employed as the researcher and writer for the Memory Museum, an official inclusion in the 2001 Centenary of Federation SA celebrations. Adele was also employed as the Research Organisor for the University of Queensland Union. In 2008 she was appointed visiting fellow in the Australian National Universityâs School of Cultural Inquiry. Last year, she was awarded a travel bursary by the Federation of International Human Rights Museums in order to participate in the federationâs annual conference hosted by National Museums Liverpool, United Kingdom.